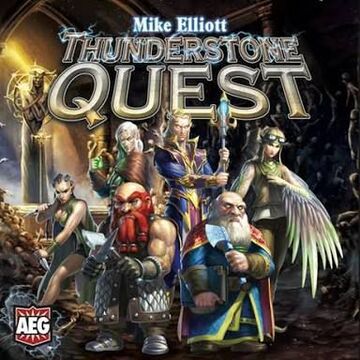 This is an unofficial reference for the deck-building card game Thunderstone Quest. Want to help?

Players build rival parties of Heroes, arm them with Weapons and Spells and send them into the Dungeon to fight Monsters until they get to the final Boss! Along the way they may encounter secret side quests, legendary items, and wondrous treasure!

Content for this game has been released in multiple packs that are referred to as both Chapters and Quests:

Linked items from the Official FAQ

Community content is available under CC-BY-SA unless otherwise noted.
Advertisement